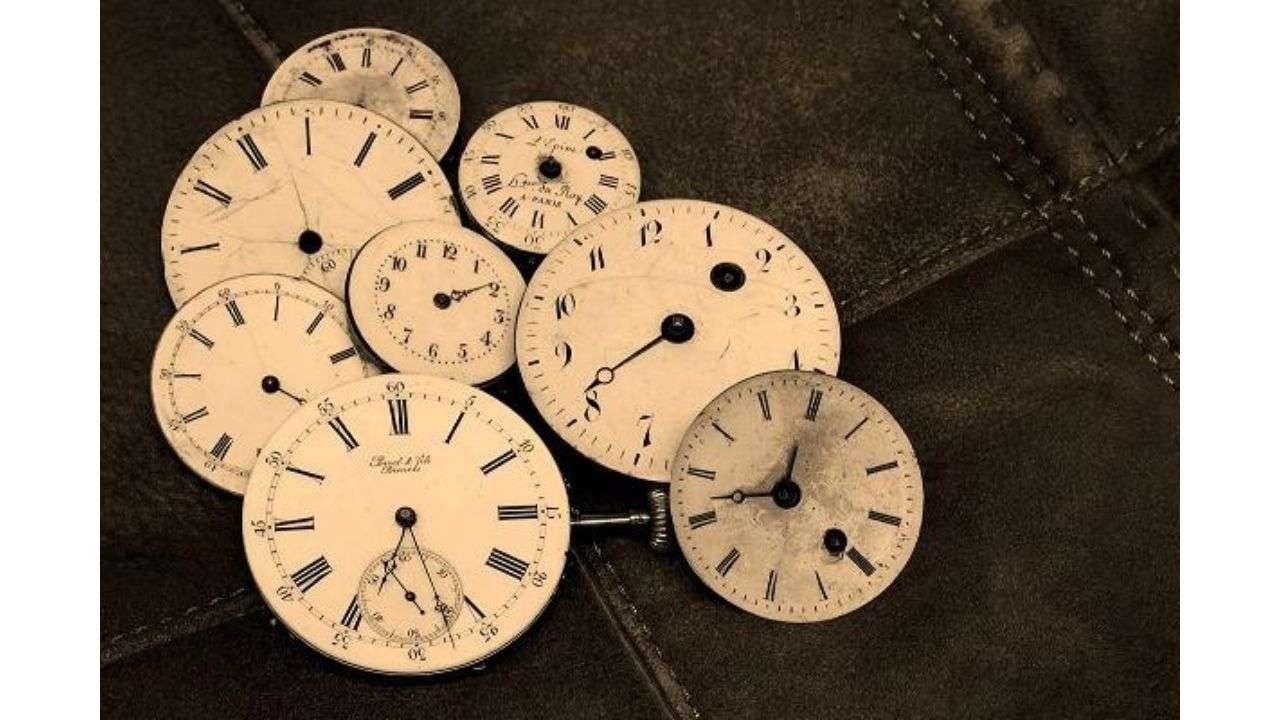 Sommerzeit: the first modern suggestion of “summertime” came from a humorous observation by Ben Franklin.  Franklin’s insight was sparked by Paris’s latitude being about 1,100 kilometers north of the latitude of Philadelphia, Pennsylvania, U.S.A., Franklin’s home town.  According to The Economist,

“. . . , he [Franklin] woke (sic) early one morning and was surprised to see sunlight streaming through his windows.  He wrote a humorous letter to a local journal, proposing to wake Parisians at the crack of dawn to save on candles.” (The Economist, “The World in 2016”)

The streaming daylight surprised Franklin because longer days between the spring and autumnal equinoxes are more pronounced at greater latitudes.  Paris is about 49° north and Philadelphia is only about 40° north.  The idea is that, the more hours of daylight available in the evenings, the less energy needed to provide light—candles in Franklin’s case, incandescent lamps later on.

The New Zealander George Hudson first suggested (1895) setting clocks forward in the spring to make better use of daylight and then resetting them in the fall.  Hudson wanted more daylight after his workday so that he could collect insects for his collection.

Hudson’s idea of setting the clocks ahead in the spring sparked great interest in some quarters, but never really caught on and the idea languished fitfully for more than 20 years until Germany and Austria-Hungary introduced “Sommerzeit” in 1916 for strategic reasons.  Better use of available daylight by the civilian and industrial sectors would make that much more coal available for military use and would reduce the incidence of air-raid blackouts.  The United Kingdom immediately saw the pragmatism of a policy its parliament had frequently discussed but tabled and introduced daylight saving time a month after Germany adopted it.  Two years later, despite opposition by railroads and agricultural interests, the U.S. adopted daylight saving time, too.

Germany’s adoption of daylight saving time, i.e., “Sommerzeit,” paved the way for energy savings around the world.  That Germany should be the international leader for the spread of daylight saving time is quite striking.  After all, until the end of the 19th century, most small German towns and villages calculated their own time, i.e., local time based on the sun.  Even within larger, more sophisticated areas, there were time differences.  For example, Munich time was quite different from Berlin time.  The difference was no more than 10 minutes, but it must have been maddening for rail travelers, banks, etc.  Of course, the difference was not as significant as the time difference between the Minnesota, U.S.A., twin cities of Minneapolis and St. Paul.  The cities are divided only by the Mississippi river, but, for at least a year, the time difference between them was one hour.  Imagine a one-hour time difference between Mainz and Wiesbaden!

Germany kept the routine of “Sommerzeit,” the period from March through September, for three years, but, in 1919, the Weimar Republic discontinued the practice and the Third Reich did not restore the practice until the outbreak of World War II.  Its rationale, of course, was to prolong the work day in order to supply Germany’s military requirements.  Following the war, the division of Germany brought about the use of Central European time and “Sommerzeit”once again, but only in the British, French, and U.S. zones.  The Soviets imposed Moscow time in the zone it controlled.  Whenever someone crossed from or to the Soviet zone, they had to adjust their watch by two hours.  In many ways, when a so-called West German looked across the frontier between West Germany and East Germany, they were looking into the past, literally and figuratively.  As for the use of “Sommerzeit” in West Germany after the war, it was unsurprisingly a pragmatic decision: more daylight hours conserved energy that would otherwise have been used for light and it promoted rebuilding West Germany.  Despite the logic and practicality of daylight saving time, the war had imbued it with the odor of occupation and humiliation and many counties abandoned it as a matter of national pride and self-determination.  The oil crisis of the early 1970s gave rise to a fresh use of daylight saving time for the very sensible reason that nations needed to conserve energy that would otherwise be used to fuel lights and daylight saving time did that.

The mixed feelings of nationalism, self-determination, and practicality were debated, sometimes acrimoniously.  Different nations in the European Union had various versions of daylight saving time, so, while each was able to conserve energy within its own borders, there was still confusion as to which parts of the year were covered.  This hodgepodge of national rules frustrated commerce, transportation, and tourism.  Finally, in 1996, the European Union established daylight saving time to run from the last Sunday in March through the last Sunday in October throughout the EU.

Most nations of the world have adopted some version of the concept of daylight saving time that Germany brought to the world scene almost a century ago and the world is better for it.  As we look back on the world’s laborious establishment of daylight saving time, we should recall Cicero’s comment that “History is the witness that testifies to the passing of time; it illumines reality, vitalizes memory, provides guidance in daily life, and brings us tidings of antiquity.”