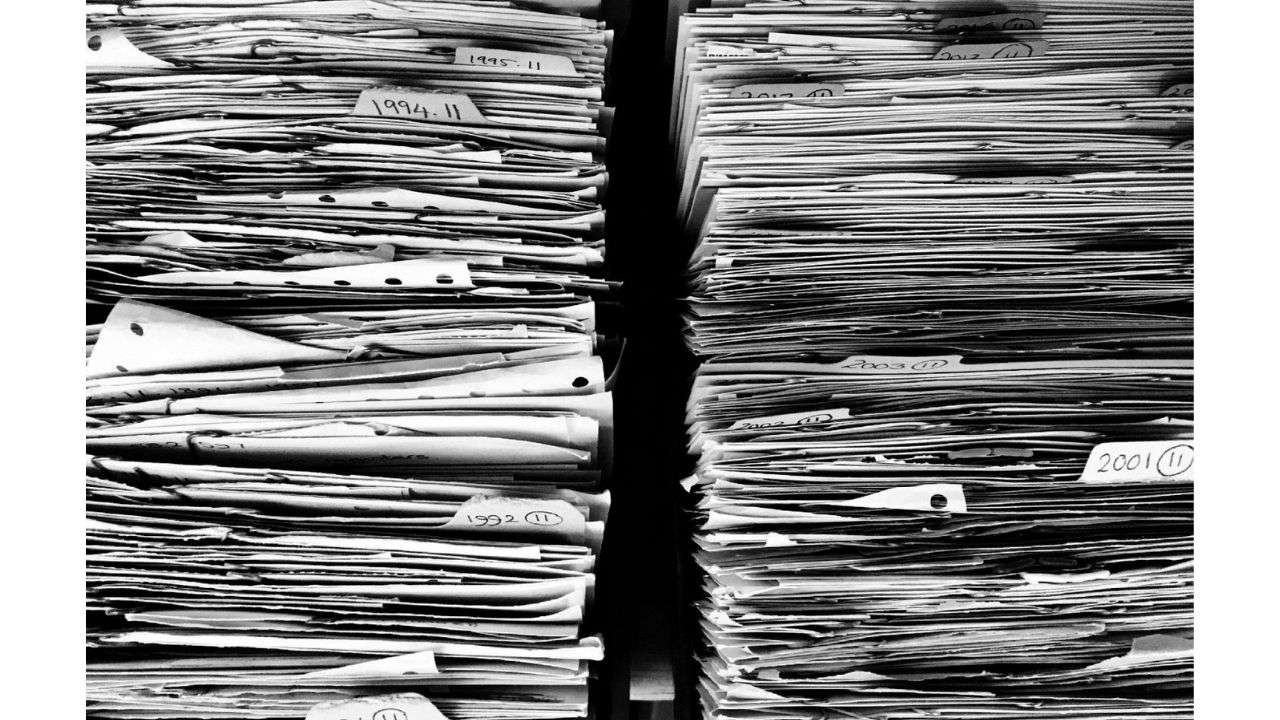 What is ‘der Papierkrieg’? Let's find out!

Germany, like any country, has a range of stereotypes associated with it. There are many positive ones, such as the quality of their engineering: putting ‘Made in Germany’ on a box adds value to any product (even if the component of the product that was ‘Made’ there might be very small, such as only the screws having been put in while in the country... ) And also, there is the well known attribute of ‘efficiency’.

The trains do run (mostly) on time, and when they don’t, there’s even a chance you can get a partial refund on your ticket. Rubbish bins in parks get emptied quite regularly. After the mess of Karnival, the streets were quite clean by noon the next day. There is a sense of clockwork energy going on in the background.

But there’s another side to all of this.

There is probably not a more fitting word in the language.

For the purpose of brevity, I’ll focus purely on the most recent ‘battle’ I have had.

After having filled in numerous forms, and after having to put pressure on others to fill in forms they have to fill in for you, you believe you are set up. You have various numbers and identity codes and strange bingo-like PIN options for your debit and credit cards ... but then, despite you having asked your employer if ‘alles in Ordnung war’, and them say, ‘ja alles gut’, you find you are still missing a certain ‘number’ due to the nature of your employment contract.

And the quickest way to fix this up, you are told, is to go in-person to your local Finanzamt (tax office).

Okay, so I spend a bit of time beforehand finding the form I need to fill in on the internet, and there are even a few guides in English on how to fill in the form correctly. It takes a couple of hours, but I’m not sure if I will have a Friendly Fluent German available to come with me yet, so I’m trying to be prepared. I fill it all in and, since I’m going to be in the Stadt the next day, note down the address and take the form with me.

It’s freezing cold downtown, and the Finanzamt is just around the corner from the Hauptbahnhof. Nice. I get there just after one o’clock in the afternoon ... only to discover they are closed ‘to the public’ on Wednesdays.

I check the website again and discover, yes, they are closed on Wednesdays, and at all sorts of other times, but they are open for half a day in the morning on Thursdays, and I have a Friendly Fluent German available on Thursday to back me up, which is nice; but I figure that, since the average Aldi shelf-stocker is fluent in three or four languages (including English, of course, so they can listen to music and read each other’s t-shirts, I presume) then surely a government official who only seems to work every third hour will be too.

It’s still freezing downtown on Thursday. It even snowed the day before. But this time, I get through the door. But it’s only the first door. The foyer we find ourselves in looks like the entry to a high security prison in the 1950s. The walls are stone and there are a few green vinyl chairs that look sun-bleached even though there’s no chance the sun could ever force its way in here. There’s a man behind bulletproof-looking glass who says something in German over a loudspeaker to us. My Friendly Fluent German doesn’t understand him over the static. It takes a few goes, but eventually she manages to communicate what we are there for and he tells us a floor number and a room number to go to. He then presses a button somewhere and there’s a large buzzing noise and the sound of some kind of huge steel lock releasing like a piston. Once again, I think of prisons I’ve seen in movies and on TV.

I almost say, ‘Taking it off here boss!’

We are in the building, and faced with the same vinyl green and bleached stone. We need to go up a couple of floors and there’s a 1950s DDR-looking tarnished steel elevator, but right next to it is something I have only seen in movies: a working paternoster! This is a constantly moving open-doored elevator you have to step into and out of ... as quickly as possible. ‘Der Paternoster’ also means the Lord’s Prayer, I am told, which is probably what many people used to inwardly say while stepping in and out of one. My Friendly Fluent German is not suicidal so we take the more contemporary of the two options.

We find the right room in a dark corridor that has turned from vinyl green to vinyl German-mustard yellow. We knock on a door and are invited in by a very modern looking lady, with a very modern series of computer screens on a huge wooden table in another dark room. She seems friendly enough, but objects to me approaching too close to the computer screens, so we retreat to a corner of the desk. Unlike the Aldi shelf stackers, she can’t speak English, so my trusted Friendly Fluent German takes charge.

I follow a little of what is going on, but not much. It does appear as though the form is filled in correctly, which is nice. And it will take three weeks for the number to be sent out to me by mail. Then I can get paid. Which is also nice. I am given a bible-thickness slab of reading material and we make our way back through the Kafkaesque corridors.

We decide to try and use a toilet, but they are locked down. We ask Checkpoint Charlie behind the bulletproof glass if we can use them and he gets very enthusiastic about the idea, like it’s some kind of interesting challenge for him that he can then talk about with his buddies down the pub later on. And a further series of door locks are released dramatically for us so that we can ... get some release.

Back out on the street, it’s still freezing, but a battle in ‘dem Papierkrieg’ has been won.