Learn the ins & outs of these German expressions 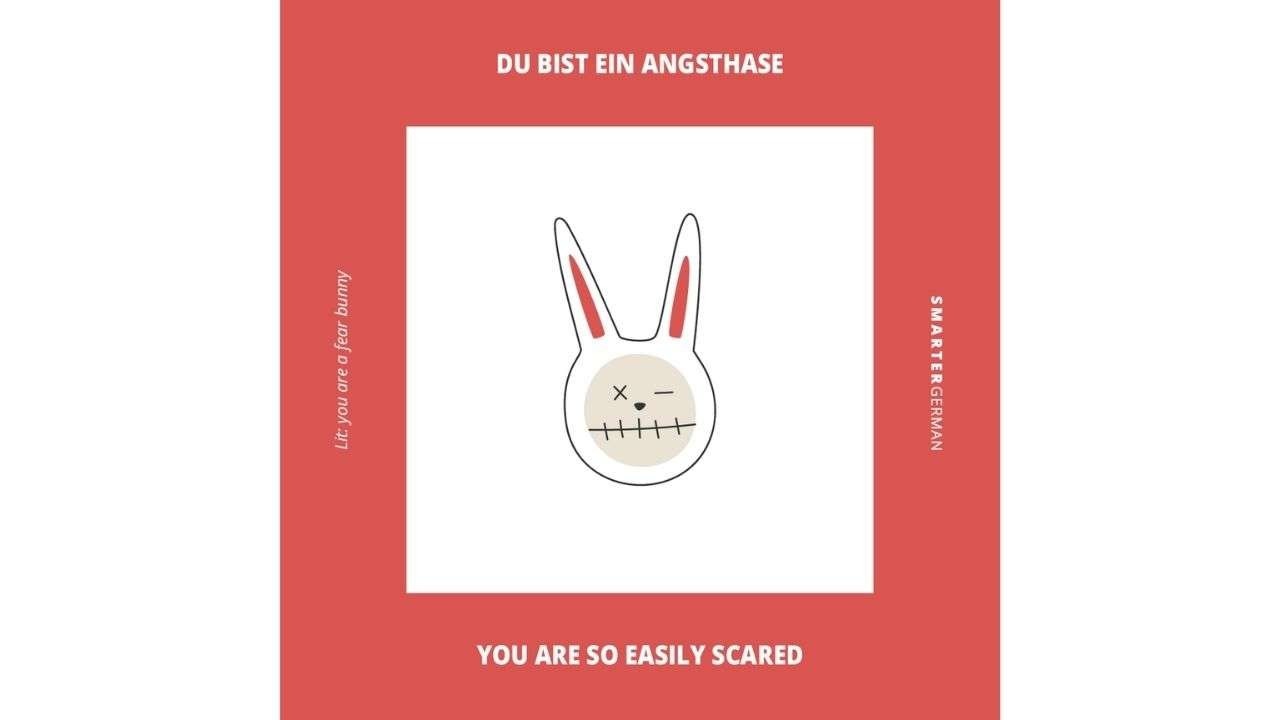 The German language is filled with little humorous, linguistic gems—especially when directly translated to English. We would love to share some great German expressions with you whilst unraveling the history and meaning of a few phrases.

Ugly laugh, awkward laugh, drunken laugh, evil laugh. We’ve had some or all of them. But the best of them remains that of the tear-jerking, tummy-hurting laugh where you helplessly collapse gasping for breath. The German expression “ich lach mich kaputt”, which literally translates to I laugh me broken, perfectly encapsulates this feeling. Have you ever laughed so much you felt your insides dissolve into pieces? That physical body reaction is exactly what the phrase is attempting to convey. The idiom quite resembles its English variant “I am laughing my ass off” or as we like to abbreviate it LMAO or LOL. It is not uncommon in languages to figuratively verb various parts of our bodies. The head, heart, and belly are the most frequent in emotion expressions. Screaming your head off because of a cockroach? Your sibling will annoyingly remind you to calm yourself. Still screaming? Now they’ve just had die Nase voll davon (the nose full of it). This means that your sibling is so fed up with you, their nose is literally full and cannot take it anymore. In any case, we’ve been L-ing our A’s O since the internet introduced us to the iconic phrase, but the German “kaputtlachen” expression is assumed to precede the LOLs. It is also interesting to note the barometer of laughter-intensity; the English version simply knocks off our bums, whilst the German equivalent breaks us.

“Sich etwas aus den Fingern saugen” is yet another interesting idiom involving a body part. It literally means to suck something out of your fingers, or in its context-based meaning to make up something. The history behind the expression dates back to ancient Rome, where hibernating bears were the focal point of scientific questioning. The researchers observed sleeping bears sucking their paws and making smacking noises whilst asleep and, thus, came to the conclusion that the animals survived winter on the paw-milk they sucked. It never occurred to them that animals maintain themselves by burning their stored body fat.

Hundreds of years later, the famous writer Goethe described poets as “bears that always suck on their own paws” looking for stories. So the saying quickly developed, adapting to humans by replacing paws with fingers. The next time you urgently need to come up with an explanation or an excuse, you will suck it out of your fingers.

It is amazing how our bodies are still intact. We are walking around headless, laughter-broken, sucking our fingers and losing our asses. Languages are bizarre but our bodies can take the hit.

Unlike the English idiom to have big shoes to fill—which describes the high standard a man has to live up to—the German expression auf großem Fuße leben simply relates to the big money-pockets one claims to own. Its literal translation "to live on big feet" comes from the rich and highly respected French Count of Anjou. He lived in the Middle Ages and had a large tumor on his foot, which made the elegant shoes of the day not fit him. Since he had a lot of money, he had a shoemaker design large, beak-shaped shoes in which he could hide his tumor-ridden feet. Because of his reputation, his fellow citizens delighted in the idea of having similar footwear. Unfortunately for them, only the wealthy could afford customising such particularly pointed and large shoes. Hence giving the literal meaning of living on luxuriously large footing. So if someone was particularly rich and powerful, he could show it through his shoes. According to another explanation, the origin refers to the meaning of foot in the sense of being and, thus, describes the great effort that is done by someone. So the next time life gives you a foot tumor, put on your big shoes and go on to lead a rich life.

Compounding words is a very prevalent phenomenon in the German language. It gives way to new and complex expressions, which increase lexical productivity and sometimes outbursts of laughter. If you skimmed over the vocabulary of household appliances, you have probably come across the word der Kühlschrank. The last constituent of the word, in this case schrank, serves to define the category of the word. The first constituent, kühl, further explains the meaning-- a Kühlschrank is a cupboard that is cool.

This is how you get a refrigerator. Comic obviousness. As for our phrase “Du bist ein Angsthase”, it embeds two existing words with unclear relations to their constituent meanings. It literally translates to you are a fear-bunny to describe a coward. However, the meaning of the expression can still be intuitively predicted given our experience with the language and the animal word. So even though the German language may be difficult to understand, this predictability is a hallmark to how creative and productive our linguistic system can be. One could as easily understand that the English version “you are a scaredy-cat” means “someone is fearful”.
Similarly, the interpretation of Angsthase could be naturally inferred as scaredy-bunny even if the word is encountered for the first time.

If you want to know more check out our online courses at https://courses.smartergerman.com